The concession of the Alimos marina, the largest marina in the country, was completed on Thursday by the Hellenic Republic Asset Development Fund S.A. (HRADF), which is being upgraded to become a focal point of the coastal front of Attica, protothema.gr reports. 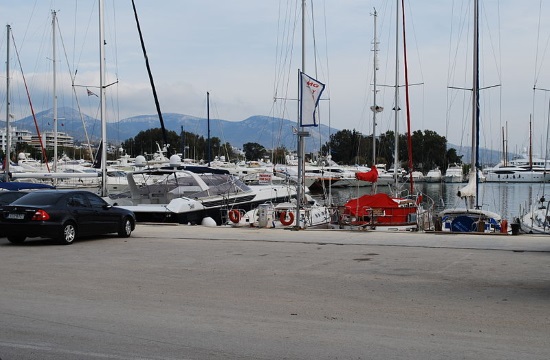 The Alimos Marina is located southwest of Athens 15 Km from the city center, 8 Km South of Piraeus port, and 30 km from El. Venizelos International Airport.

The HRADF granted the right for the use and exploit the Alimos marina for 40 years to the firm “Development of New Alimos Marina Concession Single Member S.A”, a subsidiary of Aktor Concessions SA, receiving a one-time concession fee of 27.3 million euros.

The handover ceremony of the marina was attended by all the parties that co-signed the relevant concession agreement, including, on behalf of the Greek State, the Minister of Finance, Christos Staikouras, the Minister of Development & Investment, Adonis Georgiadis, and the Minister of Tourism, Haris Theoharis. Also present was the CEO of HRADF, Riccardo Lambiris, and the Chief Executive Officer of the Hellenic Public Properties Company S.A. Stefanos Vlastos. On the part of the Concessionaire, the CEO of the company “Development of New Alimos Marina Concession Single Member S.A”, Giannis Moraitis, was in attendance, as well as the Mayor of Alimos, Andreas Kondylis.

Article Greece Nature Sailing Summer Yachting
We are using cookies to give you the best experience. You can find out more about which cookies we are using or switch them off in privacy settings.
AcceptPrivacy Settings